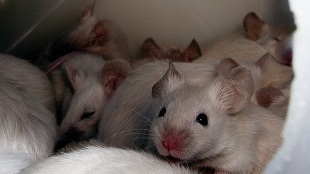 FLICKR, KIM CARPENTERExposing mice to new odors during deep sleep confuses their recently acquired sensory memories, according to a study published today (April 9) in the The Journal of Neuroscience. During sleep, the brain takes care of many housekeeping tasks, like transferring sensory information from short-term to long-term memory. Replaying memories from the previous day is a critical part of memory storage. In order to better understand this replay mechanism, Donald Wilson of the New York University Langone Medical Center and Dylan Barnes, a postdoctoral researcher in his lab, exposed mice in deep sleep to new odors.

The researchers first trained mice to associate a specific odor to a mild foot shock. Then, while the mice slept, the researchers electrically stimulated parts of the animals’ brains involved in olfactory processing, either replaying same odor they learned that day or introducing them to a completely new scent. The next...

“While previous work has demonstrated the role of sleep replay on memory strength, these are the first data to show that memory accuracy can also independently be influenced during sleep,” Wilson said in a statement.

The finding provides clues about why the brain is less responsive to sensory inputs during slow-wave sleep, the deepest phase of non-rapid eye movement sleep. “Our data suggest this sensory isolation may help allow replay of learned information in the absence of external interference, providing strong, precise memory of important information,” Wilson said.