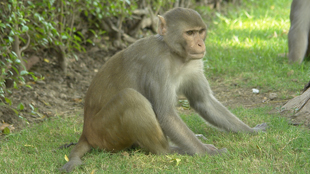 Numerous studies have demonstrated the health consequences of low social status in both animals and humans. A new study of rhesus macaques, published Monday (April 9) in the Proceedings of the National Academy of Sciences, reveals a very specific link between immune health and social rank: monkeys low in the social ladder have dramatically different immune gene expression and levels of immune cells in their blood than their higher ranking counterparts—so much so that the researchers could predict a female’s social rank with 80 percent accuracy, BBC News reported.

But the immune effects of rank were not permanent. Seven monkeys that changed rank showed a rapid change in gene expression to match their new status. The finding suggests that health depends on social status, and not vice versa. “It suggests a lot of plasticity in our gene-expression response to our social environment, which...

The researchers found that increased activity in immune genes, particularly those related to inflammation, was twice as common among low-ranking monkeys than would be expected by chance, Nature reported. An overactive immune system creates “wear and tear” on the body, which can heighten susceptibility to disease, said Tung. That finding could help to explain why low socioeconomic or professional status in humans is often associated with poor health.