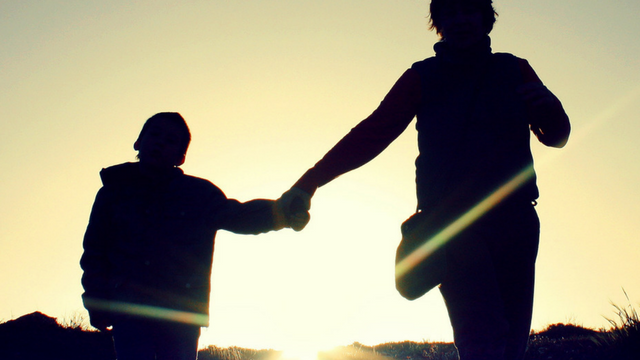 Spouses and siblings who report feeling close to one another are more likely to exhibit gut microbial communities that are similar to one another, according to computational biologist Kimberly Dill-McFarland, a postdoc in the lab of Federico Rey at the University of Wisconsin-Madison, who presented these data at the annual American Society for Microbiology meeting in New Orleans this week (June 1-5). But, people share more species with their cohabitating spouse than with their siblings, and notably, social individuals are also more similar to one another in microbial composition than they are with other people.

Dill-McFarland collaborated with social scientists to obtain and analyze fecal samples from individuals participating in the Wisconsin Longitudinal Study—a cohort consisting of 10,317 participants, surveyed every 10 years since they graduated high school in 1957. Five hundred participants completed a 2011 follow-up survey, were living on their own in select Wisconsin...

The researchers analyzed beta diversity, or the degree to which individuals’ microbial communities differ from one another, and determined if there were any demographic, health, dietary, or social variables that correlate with microbial composition similarity between people.

Individuals with a high degree of socialness—how often they go out with family or friends—were also similar to one another. Participants were also more similar with one another if they had a high protein diet, a recent history of antibiotic use, and heart disease.

Relationship closeness significantly correlated with microbial similarity; spouses and siblings who reported that their relationship was very close were more similar microbially than those who reported that their relationship was somewhat or not at all close. However, according to Dill-McFarland, a small number of people reported feeling not at all close to their families, limiting how much she could draw conclusions from the associations.

These data demonstrate that “close, sustained human relationships impact your microbial community,” says Dill-McFarland, which is likely to occur “through microbial sharing, [that is,] physically sharing microbes between the two people, as well as shared social choices.” An individual’s close social network influences what they’re eating, where they’re going, and what they’re doing, explains Dill-McFarland, which, in turn, influences gut microbial composition.

One caveat, says Dill-McFarland, is that unrelated individuals are likely more similar to one another in this sample than from a random sample of the US or global population, because they’re within a similar age range and have spent a part of their life in the same place.

The idea that people are capable of passing on their gut microbes to others, especially those who live in the same household, is not a novel premise. However, researchers have yet to definitely demonstrate whether it’s possible to directly transfer gut microbes between people throughout their normal, day-to-day interactions. Data supporting microbial transfer in humans is all correlational, says Dill-McFarland, not unlike the current data. Senior author and microbiologist Rey and Pamela Herd, a social scientist, plan on investigating this in future studies with animal models.