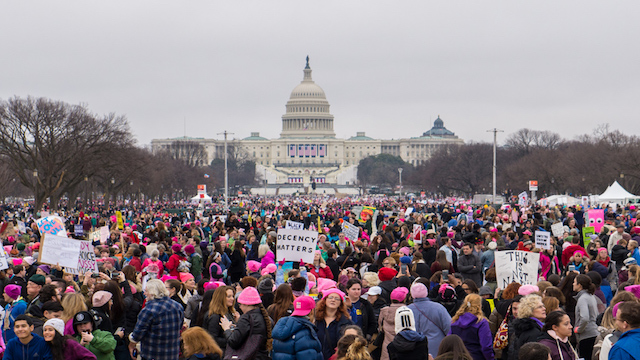 As scientists and science advocates around the world prepare to participate in this weekend’s March for Science (April 22), a few groups are planning to use the opportunity to explore the social science behind political activism.

Four groups of researchers plan to collect data during this weekend’s marches, Science reported. Among them is a team led by Dana Fisher, a sociology professor at the University of Maryland, who, along with colleagues, conducted a similar investigation during the Women’s March in Washington, DC, this January. The responses they collected from 527 marchers revealed that the Women’s March mobilized individuals who did not typically engage in political activism—33 percent of the participants were first-time participants, Fisher’s team found. In addition, the researchers found that people were marching for myriad reasons, including the environment, racial justice, and reproductive rights.

Fisher told Science that—with the help of 16 faculty members and students—her team hopes to survey another 500 individuals during the DC March for Science by asking participants to fill out a two-page questionnaire asking about their occupation, level of political engagement, and reasons for marching. Other groups hope to find out about participants’ political identities, and about their thoughts on scientists participating in politics.

“The march is a unique opportunity to measure public perceptions of public engagement by scientists and the role of science in society,” Teresa Ann Myers of George Mason University, who will also be conducting research at the event, told Science. “There’s a lot of talk about that online, but there isn’t much in the literature.”