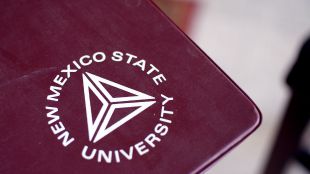 “Based on recent conversations with external experts and leadership, along with consultation with peer institutions, compliance experts and internal constituents, MU will defer implementation of its decision regarding graduate student health insurance,” Chancellor R. Bowen Loftin and other university leaders said in a statement.

As MU originally concluded, NMSU has determined that offering such subsidies is out of line with the law. The university considered putting graduate assistants on its employee health plan, but given...

Instead, “NMSU will increase salary levels for graduate assistants by $0.90 per hour, which equates to approximately $700 per academic year (nine months) for a [graduate assistant] at 0.50 FTE, to assist graduate students in enrolling in a health exchange plan that best suits their needs,” Daniel Howard, executive vice president and provost of NMSU, wrote in a July 24 memo emailed to The Scientist this week.

Graduate students have expressed frustration over the loss of benefits. Rebecca Kelley, a graduate student at NMSU, noted on The Scientist’s Facebook page that she did not receive appropriate communication. “[They gave us a few months of notice that we would no longer be insured starting August 15th. Absolutely unacceptable, especially considering how long it can take to sign up for alternative health care,” Kelley wrote.

Many MU graduate students were alerted to the loss of benefits just a day before it went into effect. Earlier this month (August 19), the St. Louis Post-Dispatch reported that students threatened to walk out of class in response. “They are demanding the university restore the health insurance subsidies to students by the spring semester, provide more affordable housing and childcare facilities and guarantee no graduate student earns below the federal poverty line,” according to the Post-Dispatch.

“It’s a step in the right direction but ultimately . . . students need to see a long-term solution for this issue,” student Kristofferson Culmer told the Post-Dispatch. The newspaper reported that Senator Claire McCaskill (D-MO) is appealing to the Treasury Department to find a fix so the university remains compliant with the law while also providing the benefits.