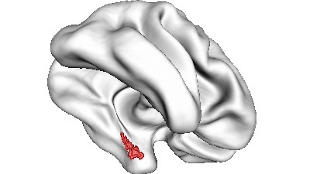 Artist's rendering of a thinner entorhinal cortex (red), appearing early in people with the ApoE4 gene variantWIKIMEDIA, PHILIP SHAW, NIMHThe Genetic Information Nondiscrimination Act (GINA) of 2008 ensures that employers and health insurers cannot legally discriminate against people with genetic diseases. However, a loophole in the law does allow certain types of insurance, such as long-term insurance, life insurance, and disability insurance, to check patients’ genetic makeup before granting coverage, and can even require patients be tested for genetic diseases.

"GINA was a fabulous accomplishment," Robert Green, a researcher in the genetics department at Harvard Medical School, told NPR. "But I think that it was not perfect," added Green, who investigated how people who are tested for the ApoE4 gene variant, which is associated with a higher risk of Alzheimer’s, react after they discover they carry the variant, and found that many buy long-term-care insurance to help...

Representative Louise Slaughter (D-NY), who originally shepherded GINA through the House, said she is aware of the loopholes and has been working to close them. Insurance companies, on the other hand, say that requiring coverage could cause them to go bankrupt, since their business relies on the income from a majority of healthy participants paying for the smaller number of individuals who require expensive care.