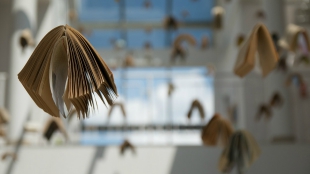 PIXABAY, JARMOLUKIt’s a common complaint among scientists that there is tremendous pressure to publish, implying that papers don’t rain from the laboratory rafters. Yet, according to an analysis of medical literature published in PeerJ this week (August 18), a few authors are unbelievably productive, with some putting out at least 25 papers a year.

Publications consultant Elizabeth Wager and her colleagues noted that such production rates may be a sign of inappropriate authorship. “Abusive authorship patterns, such as senior figures who demand to be listed on publications despite having had little or no involvement in research are well documented . . . and can have damaging effects on junior researchers because they send a signal that honest authorship is unimportant,” Wager’s team wrote in its report. “We therefore suggest that institutions and funders should be alert to the possibility of excessive authorship.”

The most prolific author was listed on the publications of 61 clinical trial studies and 37 research articles during the time period (in addition to case reports, reviews, and letters). Another author put out a whopping 43 papers in a single year.

Last month, another team led by Frits Holleman of the Academic Medical Center Amsterdam looked into the authorship of clinical trials on glucose lowering medications over a 10-year period. Holleman’s group also found that a small pack of researchers put out a great number of publications. Eleven researchers, for instance, were named on 10 percent of the articles, and “one third of the [randomized controlled trial] evidence base on glucose lowering drug treatment for diabetes was generated by <1% of authors. Of these, 44% were company employees and 56% were academics who work closely with the pharmaceutical companies,” Holleman and his colleagues wrote in their study, published in The BMJ July 1.

One explanation for the numbers, Wager’s group noted, is that some very large trials may produce a heap of papers. “However, the work required to take part in both the research and publication of such large trials is still substantial,” the authors wrote, “and such high productivity raises questions, at the very least, about how authorship guidelines are being interpreted.”