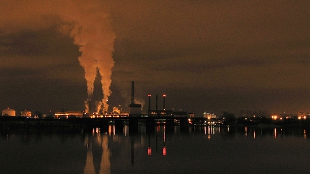 FLICKR, SEAN RILEYAlthough carbon dioxide is still the number one driver of climate change, new research points to soot as the second most important factor, according to 4-year assessment published in the Journal of Geophysical Research: Atmospheres Tuesday (January 15).

Surprising even the study’s authors, the impact of soot is twice as large as prior assessments, co-author Sarah Doherty of the Joint Institute for the Study of the Atmosphere and Ocean told BBC News, making soot—also called black carbon—the second largest manmade contributor to global warming after carbon dioxide. “If we did everything, we could to reduce these emissions,” co-author Piers Forster of the University of Leeds in the United Kingdom said in a statement. “We could buy ourselves up to half a degree (Celsius) less warming—or a couple of decades of respite.”

Soot emissions have been decreasing in Europe and North America in recent years due to...

Last year, six countries initiated an effort to reduce climate change agents such as black carbon, including Bangladesh, Canada, Ghana, Mexico, Sweden, and the United States. Their goal is to treat the mitigation of these pollutants as a collective challenge, according to their website. However, the authors of the study warn that while cutting back on soot may help, reducing carbon dioxide emissions is still the best way to address global warming in the long run, according to BBC News.