Earlier this month (July 2), the Japanese Space Agency (JAXA) sent an aquarium of Medaka fish, called the Aquatic Habitat (AQH), to the International Space Station, where scientists will collect data on how the low gravity, high radiation environment of space affects the small, transparent fish.

LED lights simulate day and night cycles in the the Japanese Experiment Module (JEM) where the AQH will be stationed. Among the effects to be examined are bone degradation, muscle atrophy, and developmental biology—qualities of Medaka fish that are easier to study thanks to their transparency. "We think studies on bone degradation mechanisms and muscle atrophy mechanisms are applicable to human health problems, especially for the aging society," Nobuyoshi Fujimoto, associate senior engineer at JAXA's Space Environment Unitization Center, told NASA. The fish have also had their genome fully sequenced, making them appropriate study subjects for examining genetic changes, such as mutations that result from the sun’s unfiltered radiation.

An additional benefit of the Medaka is that they breed rather quickly, and thanks to a high quality water circulation system, which includes bacteria to filter waste products out of the water, the fish will remain in space for up to 90 days, Fujimoto told Wired Science. “This capability will make it possible for egg-to-egg breeding aboard station, which means up to three generations may be born in orbit,” he said. “This would be a first for fish in space.” 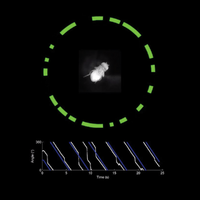