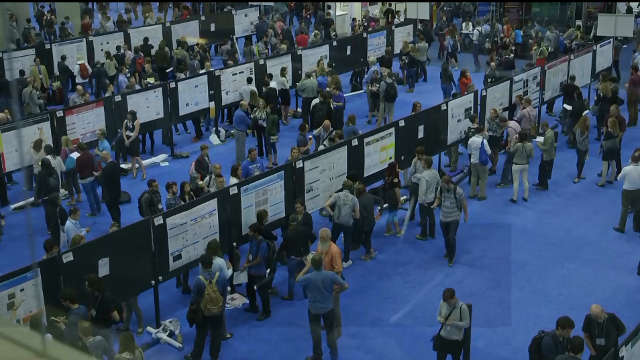 —Walter Koroshetz, National Institute of Neurological Disorders and Stroke (NINDS) director, on the process of science

We’ve come to recognize that we know actually very little [about] the neuroscience of pain.

We all like discreteness but sometimes things are not simple.

It’s often said that we don’t really know how anesthesia works. Nothing could be further from the truth. We just haven’t paid attention.

This pie in the sky idea [antisense oligonucleotides] from animal models has now moved forward into the clinic.

Exercise is not like this big green glow around the whole brain. It seems to be circuit specific,...

We became very excited that tau antisense oligonucleotides could be a rapid way to get into the clinic.

See “Probing the Role of Tau Protein in Disease”

It is incumbent to maintain the free exchange of people and ideas across borders.

—David Julius, University of California, San Francisco, before delivering his invited lecture “Natural Products as Probes of the Pain Pathway”

We know nothing about the mechanism of cortical neuron sensitization in chronic pain.

There have been only a handful of posters on this subject at SfN in recent years, but the number of attendees today attests to the growing popularity of this research topic.

The neuronal DNA methylome has many surprising properties.

Sound is absolutely central to a tremendous amount of human communication.