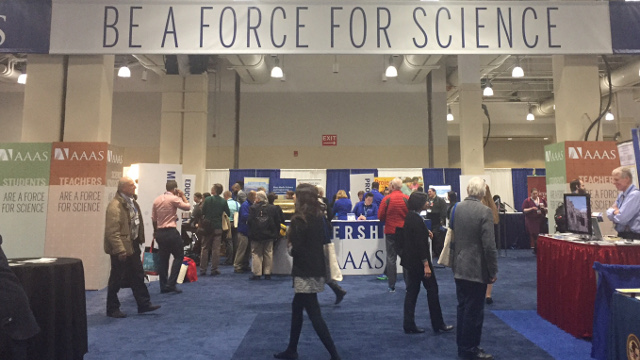 “I think it’s a little too early to say that scientists are going to be inhibited, or incapable of speaking [about] or publishing their research. But we are monitoring it. . . . There is definitely concern among the community.” –Joanne Carney, AAAS

“We haven’t ‘drained the swamp’ . . . We have been throwing lots of alligators into it who have been starved for eight years. And federal employees feel like the food.” –Bob Cook-Deegan, Arizona State University

“It so directly takes up questions about the desirability and permissibility of...

“The people who discovered CRISPR, they weren’t after genome editing, they just wanted to discover more of nature.” –Rotem Sorek, Weizmann Institute of Science, on the importance of basic research

“If [a finding] is true, but it's only true with one cell line, and it has to be in a Boston zip code, and the Red Sox won the night before, it may be true, but it's not very robust.” –William Kaelin, Dana-Farber Cancer Institute

“We can’t overemphasize the importance of both funders and journals in terms of being leverage points in these responses to irreproducibility in the form of guidelines, in the form of initiatives.” – Leonard Freedman, Global Biological Standards Institute

“[Journals] are not [evaluating] rigor, in my view, because it doesn’t sell their magazines. . . . This is not acceptable.” –Judith Kimble, University of Wisconsin–Madison

“I work on feces so I have a very perverse sense of humor.” –B. Brett Findlay, University of British Columbia