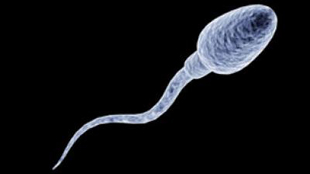 EUREKALERT, UNIVERSITY OF MONTREAL AND MAISONNEUVE-ROSEMONT HOSPITAL RESEARCH CENTERThe many barriers to the development of male contraception include potential effects on sex drive, irreversibility, and the sheer magnitude of sperm production—the human testes produce around 1,000 sperm every minute. Now, Australian researchers have shown that male mice lacking both the P2X1-purinoceptor and α1A-adrenoceptor are infertile, but behave normally and can father offspring by in vitro fertilization. Their work was published in Proceedings of the National Academy of Sciences this week (December 2).

Both the P2X1-purinoceptor, which is a ligand-gated ion channel, and α1A-adrenoceptor, which is a G protein-coupled receptor, are activated to cause contractions of the smooth muscle that lines the vas deferens, which in turn causes sperm to be pumped out during ejaculation. The researchers generated double knockout mice for P2X1-purinoceptor and α1A-adrenoceptor. While these male mice engaged in normal sexual behavior, they did not father offspring....

“The sperm stay in the storage site so when the mice ejaculate there’s no sperm and they are infertile,” coauthor Sabatino Ventura told BBC News. “It is readily reversible and the sperm are unaffected, but we need to show we can do this pharmacologically, probably with two drugs,” he added. One drug that antagonizes the α1A-adrenoceptor, tamsulosin, is already prescribed to treat symptoms of an enlarged prostate, but there are no drugs on the market that block the P2X1-purinoceptor yet.

“I applaud any effort to give couples options whereby the woman doesn’t have to take a hormonal contraceptive, and I look forward to seeing this further developed,” reproductive urologist Natan Bar-Charma of Mount Sinai Hospital in New York, who was not involved in the work, told HealthDay. But, he added, “we have a long way to go from showing that what happens in mice is usable in humans.”