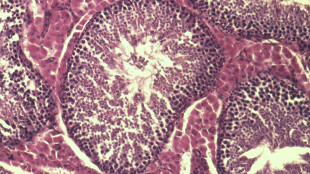 TAF4b, a gonad-specific protein critical for mouse fertility, is not only required for long-term sperm production, but also plays a role in maintaining a population of spermatogonial stem cells, according to a study published last week (February 28) in Stem Cells.

Previous work had shown that female mice lacking the gene encoding the transcription factor TAF4b are infertile due to ovaries that age too quickly, while male mice without TAF4b are initially fertile, but stop producing sperm at the age of three months instead of the normal two years. To understand why, researchers at Brown University and the University of Amsterdam examined how sperm cells and their precursors developed in mice lacking the gene.

The scientists found that even during embryonic development, mice without functional TAF4b have fewer sperm cells and their precursors, spermatogonial stem cells, than wild-type mice. Although a lack of TAF4b does not...

“Developmental processes that occur in embryogenesis really have a profound effect on the ability of adult organ systems to function properly,” study coauthor Richard Freiman of Brown University said in a statement. “This may be an example where a deficit during embryogenesis may preclude the ability of these mice to reproduce as adults.”

The research may also help explain a recently published observation that four human brothers with a TAF4b mutation had low sperm counts.