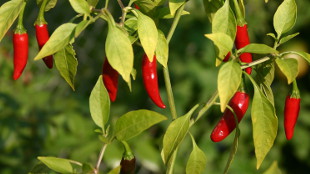 WIKIMEDIA, DANIEL RISACHERFrequent consumption of spicy foods is linked to decreased mortality risk, a team led by investigators at the Peking University Health Science Center in Beijing has found. While correlational, the prospective study—published in The BMJ this week (August 4)—lends support to the idea that spicy foods bestow some health benefits.

For a median of 7.2 years, the Peking University team followed 487,375 Chinese men and women ages 30 to 79 who did not have cancer, heart disease, or stroke at the beginning of the study. Controlling for potential confounding factors, the researchers found that, “compared with those who ate spicy foods less than once a week, those who consumed spicy foods almost every day had a 14 percent lower risk of death,” they wrote.

“Maybe this is something in the way spices are used in Chinese cooking, or [it is] related to other things people eat or...

In their paper, the researchers outline several potential limitations of their study, noting that the consumption of spicy foods “may be correlated with other dietary habits and lifestyle behaviors” that were not accounted for.

“Further prospective studies in other populations would be essential to demonstrate generalizability of these findings,” the researchers wrote.