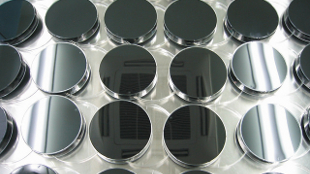 FLICKR, LAINEEMANot only are independent labs having trouble reproducing stimulus-triggered acquisition of pluripotency (STAP) cells, some of the labs involved in the original work have not even tried, ScienceInsider reported last week (March 19). Only two labs—out of more than a half dozen that participated—now claim to be able to generate pluripotent cells with nothing more than a low pH or a mechanical squeeze.

Since the original studies were published in January by researchers at the RIKEN Center for Developmental Biology in Kobe, Japan, and elsewhere, several problems have come to the fore. Beyond the apparent irreproducibility of the research, accusations of image duplication (from lead author Haruko Obokata’s PhD thesis) have surfaced, and one of the scientists involved in the work requested that the papers be retracted. Most recently, Retraction Watch reported last week (March 19) that Tissue Engineering Part A had issued a correction of a 2011 paper authored by many of the same researchers, and ScienceInsider reported on allegations that one chapter of Obokata’s doctoral dissertation was copied from a National Institutes of Health website and that other parts of that work were also plagiarized.