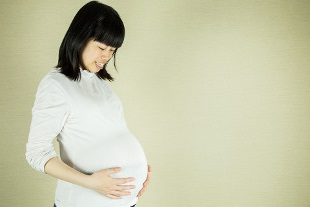 PIXABAY, PEDROSERAPIOMaria Dominguez-Bello of the New York University (NYU) School of Medicine and colleagues in February published the results of a small study showing that swabbing babies born by Cesarean section (C-section) with microbes from their mothers’ birth canals could partially restore the microbial diversity that is lacking when compared with vaginally delivered infants. Now, the startup Commense—of which Dominguez-Bello is a cofounder—has obtained an exclusive license from NYU to extend “this approach by developing microbial and non-microbial interventions that could benefit millions of children each year worldwide,” the company said in a statement released today (March 31).

The approach, called “vaginal seeding,” is not without its critics. In a February editorial published in The BMJ, researchers at Imperial College London and their colleagues urged clinicians against the “increasingly popular but unproved practice.” The authors cited the risk of transferring pathogenic microbes from mother to child, among other...

“To be clear, if a mother tests positive for any pathogens that could harm her child, we agree that clinicians should not perform vaginal seeding,” Rob Knight of the University of California, San Diego, and Jack Gilbert of the University of Chicago wrote in a March opinion piece for The Scientist. “But based on the evidence to date that your child’s microbiome at birth is important and modifiable, we think that parents should make up their own minds how much evidence is enough given the evolutionarily sound logic and clear health advantages of vaginal birth over C-section.”

In the opinion piece he coauthored with Gilbert, Knight described his and his partner’s decision to seed their newborn child following an unplanned C-section. That decision, Knight wrote, was based on evidence from a 2010 study in which he and his colleagues “discovered clear differences in the microbiome at birth between C-section and vaginally delivered babies.”

Commense today announced Knight among six founding scientists and advisors to the company (including Dominguez-Bello). In an email to The Scientist, Knight said he was not involved with the startup when he and Gilbert published their opinion. “The piece prompted them [Commense] to step up efforts to get me involved,” he wrote.

As Xconomy noted, Commense is the second of two microbiome-focused startups from Boston-based PureTech Health. The other firm, Vedanta Biosciences, is working to develop treatments for autoimmune and inflammatory diseases.