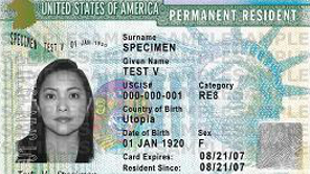 Wikimedia, USCISThe US House of Representatives last week (November 30) passed the STEM (science, technology, engineering, and mathematics) immigration bill that will grant green cards for up to 55,000 foreign-born, US-trained graduates every year.

“In a global economy, we cannot afford to educate these foreign graduates in the U.S. and then send them back home to work for our competitors,” said Lamar Smith (R-TX), who sponsored the bill, in a statement. “This legislation will help us create jobs, increase our competitiveness, and spur our innovation.”

To level out the total number of immigrants allowed into the country each year, the legislation will also eliminate a lottery-based program to admit 50,000 people from under-represented countries. That trade-off was the reason only 26 Democrats supported this new bill when it was passed by a margin of 245 to 139 in the House just 2 months after it had been rejected under...

Many Democrats insist that STEM graduates should not get special treatment. “It flies in the face of our diverse American electorate to precondition STEM visas on the elimination of Diversity Visa immigrants, 50 percent of whom come from the continent of Africa,” said Luis Gutierrez (D-IL) during the debate. “Like STEM graduates, they have much to contribute to the United States.”

And although there is growing bipartisan consensus on the need to boost skilled immigration, the Democrat-controlled Senate is unlikely to support the measure. In an official statement of opposition released before this latest House vote, the White House described the bill as one of several “narrowly tailored proposals that do not meet the president's long-term objectives with respect to comprehensive immigration reform.”