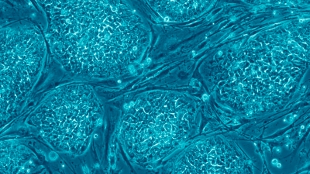 WIKIMEDIA, NISSIM BENVENISTYA combination of patient-derived stem cells, which have no publication record of efficacy, can now be given to children with incurable diseases in Italy. Disregarding the country’s health regulatory agency’s recommendations, the outgoing health minister Renato Balduzzi last week (March 21) announced that he would allow the use of the cell cocktail to a group of 32 terminally ill patients, mostly children, through a compassionate use program that makes the cells free to patients. Several days later, hundreds protested in Rome for even wider approval of the cells.

Psychologist Davide Vannoni, president of the Stamina Foundation, which produces the cells, developed the cocktail and tested it in Russia. Vannoni  treated 80 patients, including people with Alzheimer’s, Parkinson’s, and muscle wasting disorders with the Stamina cocktail, but published none of the results or precise details of the therapy.

“That has been the underlying problem in the Stamina debacle,”...

Scientists at the Italian Medicines Agency (AIFA) and other health institutes tried to shut down Stamina’s operations after a site visit determined that the facility could not be trusted to produce patient-quality reagents made according to good manufacturing practices (GMP). Italian scientists hope that the health minister’s successor will be more respectful of science-based health decisions made by AIFA and other agencies.