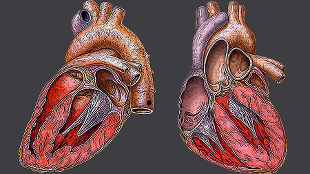 WIKIMEDIA, HEIKENWAELDER HUGODozens of papers by a German cardiologist who claims to have succeeded in using bone marrow-derived stem cells to repair patients’ damaged hearts are riddled with errors and inconsistencies, according to an analysis published last week (July 2) in the International Journal of Cardiology.

Now, researchers from Imperial College London in the U.K. have analyzed 48 of Strauer’s papers—which describe results from five clinical studies—and revealed various problems. For instance, the researchers found duplicate and overlapping reports of the same trials, each detailing contradictory experimental design, recruitment, and results. They also said that it was not clear whether the studies...

“Looking deeper, the seemingly comprehensive and decisive proof of efficacy gradually unravelled . . . the more we thought about it, the less we could understand,” said report coauthor Darrel Francis in a statement. “In the end we couldn’t even work out whether some of these studies were randomised or not, or how many patients had really been studied. This is an unusual situation for studies which report being able to make the difference between life and death.”

Ruben Engel, Strauer’s lawyer, responded to the allegations in an email to Nature. “In manuscripts of the working group of our client have appeared, unfortunately, arithmetic errors, [that] can never be excluded completely,” he wrote. “Our client apologizes for this to the publishers resp. has already corrected these errors [sic].”