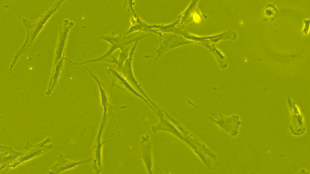 WIKIMEDIA, CHINMAYA MAHAPATRAThe health minister of Italy, Beatrice Lorenzin, has put the final nail in the coffin of a clinical trial to test the effect of mesenchymal stem cells on neurodegenerative diseases. Lorenzin announced earlier this month (October 3) that, based on the conclusions of a panel of experts, the trial will not continue; it is the second time her agency has reached this conclusion, and this time, it is final.

According to ScienceInsider, Luca Pani, the director of Italy’s drug regulator, AIFA, said in a statement that investigators found “a number of serious violations which leave no room for interpretation.”

The Stamina Foundation in Italy had already treated a number of patients suffering from neurodegenerative diseases with stem cells. A formal clinical trial was set to proceed until scientists piped up in opposition, and a review of the approach a year ago determined that it was not...

However, a judge said that some members of the first panel might have been biased, so a second panel convened this year and ended up reaching the same conclusion.

According to the Nature News Blog, “The Stamina Foundation is estimated to have treated well over eighty seriously ill people since 2007, mostly children.”