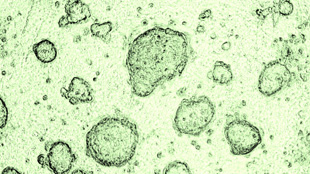 A former postdoc in the Department of Medicine at Emory University was found guilty of falsifying data presented at national and laboratory meetings, in ongoing and pending National Institutes of Health (NIH) grants, and in manuscripts submitted to five high-profile journals, according to a report by the Office of Research Integrity (ORI) published last Friday (July 6).

Sinae Kim, who joined the lab of Emory stem cell biologist Young-sup Yoon in 2008 after a 1-year stint as a postdoc at a university in Seoul, Korea, fudged immunocytochemistry images and real-time reverse transcription polymerase chain reaction (RT-PCR) results by using data she had obtained from her previous human embryonic stem cell (hESC) research in Korea to “confirm the generation, differentiation, and verification of human induced pluripotent stem cells (iPSCs),” the reported stated.

Among her transgressions, Kim shared mouse and human iPSC cell lines with some of her lab mates that...