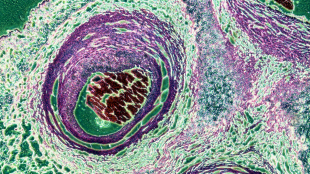 WIKIMEDIA, DOC. RNDR. JOSEF REISCHIG, CSC.Duke University is launching a $41 million stem-cell trial to explore “the use of umbilical cord blood cells to treat autism, stroke, cerebral palsy, and related brain disorders,” according to a press release. While a small, preliminary study involving 20 children is already underway, a prominent scientist in the field is criticizing the trial.

“I think it would be marvelous if this trial worked, but it really seems more like a ‘Hail Mary pass’ than a rational therapy,” Arnold Kriegstein, director of the Broad Center of Regenerative Medicine and Stem Cell Research at the University of California, San Francisco, told the Simons Foundation Autism Research Initiative.

The project, led by Duke’s Joanne Kurtzberg, is based on her research showing that cord blood cells can reduce the signs of brain damage in children with hypoxic ischemic encephalopathy and stimulate neural connectivity in animal...

A different stem cell trial for autism has been underway since 2012. “We hope to demonstrate to people [whether] this is worth pursuing or not,” principal investigator Michael Chez, a pediatric neurologist affiliated with the Sutter Health Institute in Sacramento, California, told the Simons Foundation. The new trial “will have much better statistical information than our smaller study. I just hope that there’s data there to justify this investment even before pilot studies like ours [have concluded].”

“Overall, I have very mixed feelings” about the trials, Paul Knoepfler from the University of California, Davis, wrote on his blog. Knoepfler said there’s an urgent need for knowledge regarding autism, but infusing stem cells rarely delivers them to brain; autism is an umbrella term for a variety of disorders, and its precise pathogenesis remains unknown. “At least in part for these reasons, I’m skeptical that stem cells used in the manners proposed can help autism,” he wrote.

Given that the trials are proceeding, “there’s no question Kurtzberg is the right person to do this,” Emanuel DiCicco-Bloom, a professor of neuroscience, cell biology, and pediatrics at the Rutgers Robert Wood Johnson Medical School in New Jersey, told the Simons Foundation.