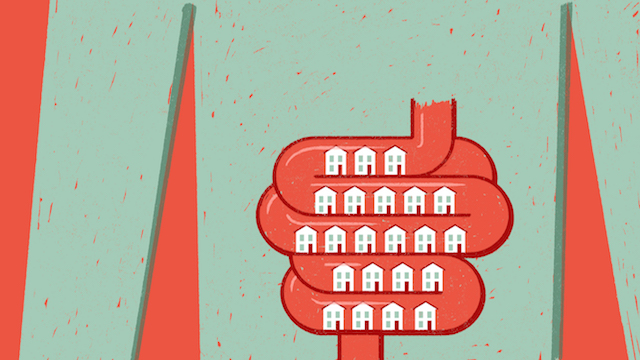 BRYAN SATALINOScientists have long known of the link between the bacteria Streptococcus gallolyticus and colorectal cancer (CRC) in humans—numerous case studies have reported instances of patients with S. gallolyticus infections who also have CRC. How this microbe contributes to the cancer, however, was unclear. Now, a new study, published yesterday (July 13) in PLOS Pathogens, suggests that S. gallolyticus may speed up the growth of colon tumors.

The cell culture experiments revealed that three types of colon cancer cells grown with S. gallolyticus multiplied more rapidly than those cultured with Lactococcus lactis, a type of bacteria used to ferment milk, or with no bacteria at all. S. gallolyticus had no effect on normal colon cells, kidney cells, lung cancer cells, and two other...

The selective effects of S. gallolyticus point to the possibility that this bacterium doesn’t promote the growth of all types of colon cancer, Cynthia Sears, an infectious disease specialist at Johns Hopkins University School of Medicine who was not involved in the work, tells Science News. “It deserves a deeper look,” she adds.

By experimenting with the cancer-prone mice, the researchers discovered that animals infected with S. gallolyticus grew larger and more numerous tumors than those infected with L. lactis or a saline solution. “Somehow [the bacteria] can stimulate pathways that are important in cell proliferation,” study coauthor Yi Xu, a microbiologist at the Texas A&M Health Science Center, tells New Scientist.

Ran Blekhman, a geneticist at the University of Minnesota in Minneapolis who was not involved in the work, tells Science News that researchers still need to investigate “how S. gallolyticus works with or against other microbes that live in the colon.”