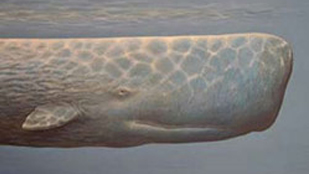 Students and scientists at Duke University have collaborated to produce a free, open-source textbook devoted to marine science, called Cachalot, reported Wired Science. Although Cachalot (sperm whale in French) was designed for a specific class, Marine Megafauna, it’s currently available as an app for anyone with an iPad. Its digital platform, FLOW, was built by Duke University computer science students, and enables Cachalot users to take notes, connect to Twitter, and watch National Geographic videos. Users will also be connected to up-to-date science, with peer-reviewed text, images, and open access studies contributed by marine science experts.

Though FLOW, which was designed in one semester with less than $5,000, may not be as flashy or comprehensive as commercial digital textbooks, it’s intended for a specialized audience, said David Johnston, the Duke professor who spearheaded the project.

“We’ve created a simple tool for...