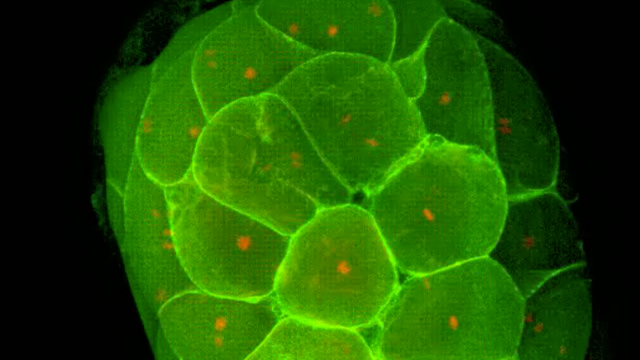 A zebrafish embryoSTILL FROM A VIDEO BY FENGZHU XIONG AND SEAN MEGASON/HMSBy profiling gene expression in thousands of embryonic zebrafish and frog cells, researchers at Harvard University have refined the picture of how early development occurs. In a trio of papers published yesterday (April 26) in Science, two separate research groups also compare results to find common and divergent features of the embryos of zebrafish and frogs.

“With single-cell sequencing, we can, in a day’s work, recapitulate decades of painstaking research on the decisions cells make at the earliest stages of life,” says Allon Klein, an author of two of the papers, in a statement.

In all of the studies, the researchers separated individual cells in embryos and analyzed which messenger RNA molecules were present in them to build a profile of which genes were in use. One of the studies then computationally pieced together different...

“I think the future of development will be to routinely single-cell sequence embryos,” Detlev Arendt, an evolutionary developmental biologist at the European Molecular Biology Laboratory in Heidelberg, Germany, who was not involved in the studies, tells Science.