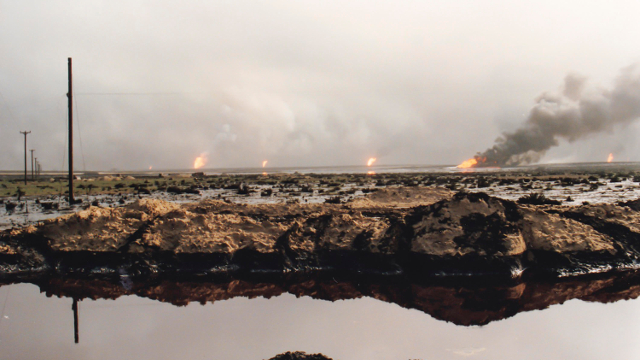 ISTOCK, KARENFOLEYPHOTOGRAPHYCombat in the Gulf War of 1990-91 lasted less than two months, but it’s estimated that hundreds of thousands of the troops who served in the Middle East during that time may still experience symptoms of Gulf War Illness (GWI). Thought to be caused by exposure to chemical and biological weapons or other hazardous chemicals, GWI’s symptoms include difficulties with memory and speech, mood swings, and chronic pain.

Two studies presented at the annual Society for Neuroscience Meeting on November 11 and 14 provide some clues to GWI’s biological basis. The first, described by Ankita Patil of Drexel University College of Medicine, treated cultured rat neurons with a sarin gas analogue, and found it led to the deacetylation—and destabilization—of the cells’ microtubules, which are needed to transport mitochondria and other cellular components. Pretreating the cells with corticosterone to mimic the effects of stress exacerbated the effect. For...

In another study discussed at the press conference, Kaundinya Gopinath of Emory University and colleagues compared the resting state fMRI scans of 22 Gulf War veterans with those of 30 controls, and found that the veterans had less neural communication in areas associated with visual and other sensory processing, mood regulation, language, and motor coordination, but more activity in pain perception networks. “The results from this study provide strong evidence of neuropathology in GWI patients from exposures to neurotoxic agents,” Gopinath says in a statement, adding that finding brain mechanisms to explain that pathology could lead to treatments.