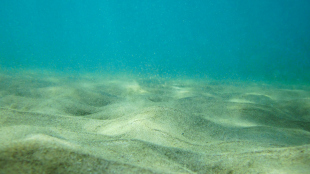 “Scientists have long suspected that an ocean acidification event occurred during the greatest mass extinction of all time, but direct evidence has been lacking until now,” lead author Matthew Clarkson of the University of Edinburgh’s School of GeoSciences said in a press release. “This is a worrying finding, considering that we can already see an increase in ocean acidity today that is the result of human carbon emissions.”

During this extinction event, 90 percent of marine species were wiped out, along with two-thirds of terrestrial plants and animals. Scientists had proposed that volcanoes or ocean acidification could have been involved in the die-offs, but Clarkson team measured pH more directly than previous studies, according to...

By analyzing boron isotopes from Permian-era rocks in the United Arab Emirates, the researchers saw a sudden drop in pH that occurred over 10,000 years at the tail end of what’s called the Great Dying. “It’s such a rapid change, the ocean can’t buffer the CO2 increase,” Clarkson told Nature News.

“Surprisingly, the pH shift doesn’t happen during what most of us have considered the big event,” Penn State geochemist Lee Kump told Live Science. “It’s an interesting result, but it’s not conclusive. I think we need more of these sections around the world.”