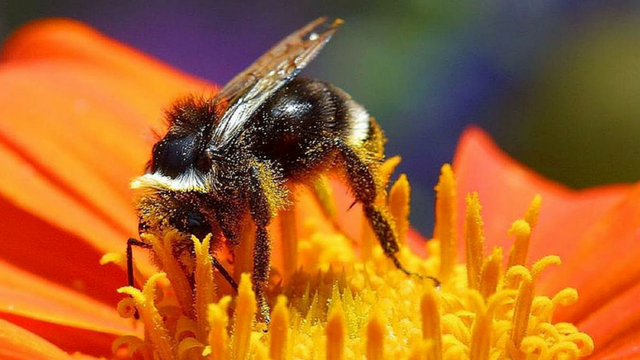 WIKIMEDIA, JON SULLIVANIn a study published yesterday (July 19) in the Proceedings of the Royal Society B, researchers evaluated more than 40 percent of the 260 identified bumblebee species worldwide and found that approximately 30 percent of these species are dwindling.

While bumblebee declines have been observed regionally, lead author Marina Arbetman of the National University of Rio Negro, Argentina, tells The Yorkshire Post, this is the first time researchers have evaluated the status of bumblebees worldwide.

“Overall, about one third of the assessed bumblebees are declining and declining species are not randomly distributed,” she adds.

The researchers observed that certain populations are deteriorating more precipitously than others. For instance, more than 60 percent of vulnerable species belong to the subgenus Thoracobombus while only 6 percent of those at risk belong to Pyrobombus.

To better understand what factors might make bumblebees vulnerable to extinction, the researchers assessed...

According to the authors, bumblebees are exceedingly sensitive to global warming and those species residing within restricted ranges “inhabit narrow climatic niches” and thus may not be able to handle warmer climates.

In addition, species without parasites were also especially susceptible. “This pattern could indicate reduced tolerance to infection in declining species, compared to non-declining species, but undoubtedly, further studies are needed to disentangle the meaning of this association,” Arbetman tells the The Yorkshire Post.

“Bumblebee evolutionary history will be deeply eroded if most species from threatened clades . . . become finally extinct,” write the authors in their report.