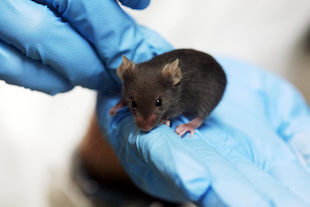 Lab mice are often raised in unnaturally sterile conditions. WIKIMEDIA, RAMAUnlike people, lab mice are raised in extremely sterile environments. And the immune systems of lab mice turn out to be very different from those of adult humans, David Masopust of the University of Minnesota and colleagues reported in a study published yesterday (April 20) in Nature.

“People have known there’s a problem for a long time, but in most cases they just want to ignore it,” Mark Davis of Stanford University who was not involved in the work told Nature. “There’s so much invested in the inbred mouse model.”

To quantify the problem, Masopust and colleagues compared immune cells from standard lab mice to those in cervical tissue from premenopausal adult women, finding that the mice had far fewer CD8+ T cells, a type of adaptive immune cell that is critical for fighting infection and cancer. The...

Next, the researchers studied wild barn mice and pet store mice, finding that the latter, “dirty” animals had immune systems that were more like those of adult humans—probably because they were exposed to more common microbes than were the lab mice, the researchers noted. However, when the team housed the lab mice with the pet store animals, the lab animals’ immune cells and gene expression patterns were much more like those of adult humans.

The findings could help explain why many therapies that work in lab mice don’t work in people. “It is ironic that such an immunologically inexperienced organism has become de rigueur for studies of the immune system, as our data show that this compromises development of a human adult-like immune system,” the authors wrote in their paper.