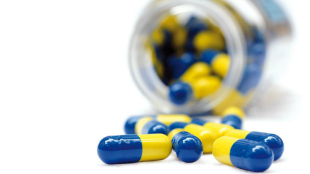 WIKIMEDIA, MODVIGIL.COMThe billion-dollar pill is now $2.6 billion. That’s according to a new estimate from the Tufts Center for the Study of Drug Development of the cost of developing a pharmaceutical and getting it approved for human use.

“Because the R&D process is marked by substantial technical risks, with expenditures incurred for many development projects that fail to result in a marketed product, our estimate links the costs of unsuccessful projects to those that are successful in obtaining marketing approval from regulatory authorities,” Joseph DiMasi, the study’s lead investigator, said in a press release.

The $2.6 billion figure is up from an estimated pricetag of $1 billion from an analysis published in 2003.

The study is not yet published, however, and critics have started to raise questions about the numbers. Per The New York Times’s The Upshot: “the bottom line is that the report contains a lot...

The Life Sci VC blog reviewed the paper and—while pointing out a number of limitations—found the assumptions in the Tufts study to be reasonable. “No analysis is perfect. If Tufts estimate is off the mark for the entire industry, it doesn’t appear off by a huge amount, and certainly not the order of magnitude implied by the critics.”