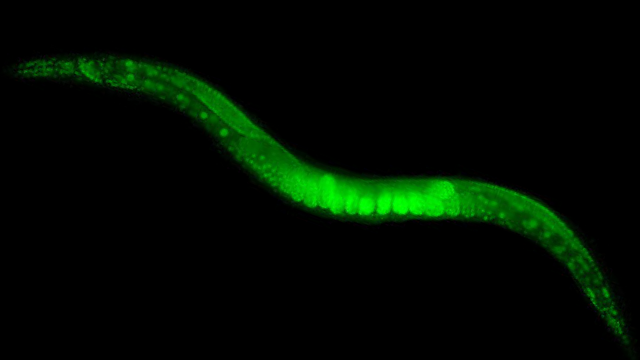 Eating fewer calories produces numerous health benefits in animal and human models, including expanded longevity and heightened learning. However, it’s unclear whether these outcomes are mechanistically linked. In the current study, researchers sought to determine the molecular underpinnings of enhanced learning following a calorie-restricted diet and whether these same pathways were also responsible for promoting a longer lifespan.

Fasting improved performance in a task that required worms to learn an association between food and the scent of a pungent chemical. Worms who learned this association would choose to inch toward this chemical’s particular scent over alcohol.

The researchers demonstrated that fasting for an hour or a half hour decreases kynurenic acid, a...

“[I]t remains to be determined whether kynurenic acid influences learning in mammals as directly as it does in worms, and whether manipulation of the pathway might offer new opportunities for therapeutic intervention in human disorders,” senior author Kaveh Ashrafi of the University of California, San Francisco, says in a news release.