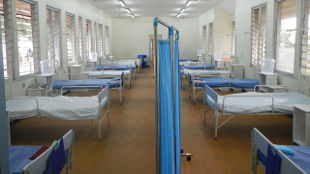 As of April 1, there had been 25,178 Ebola cases—including more than 10,000 deaths—in Sierra Leone, Liberia, and Guinea, according to the World Health Organization (WHO). While tragic, these numbers are far lower than the staggering projections put forth earlier last fall year by the WHO Ebola Response Team, the US Centers for Disease Control and Prevention (CDC), and others—some of which predicted that some 1.4 million people would be infected by the end of January.

“Those predictions proved to be wrong, and it was not only because of the successful intervention in West Africa. It’s also because the methods people were using to make the forecasts were inappropriate,” Aaron King, an associate professor of ecology, evolutionary biology, and mathematics at the University of Michigan, said in a press release.

Suspicion of the high predictions was first raised back in December, when Yale epidemiologists suggested that...

While more accurate models are desirable, biological statistician Ben Bolker of McMaster University in Canada warns that incorporating uncertainty into disease forecasts can deter early action in fighting an epidemic. “If modellers had expressed great uncertainty in their [Ebola] forecasts, the response [of policymakers] might have been that: ‘We didn’t know enough to make it worth acting,’” Bolker told All Africa. “That said, I believe we will be better off with forecasts that are both more accurate and provide reliable statements of uncertainty.”

“It’s just a matter of time before the next outbreak, and we want to make sure that we know how to provide reliable forecasts to guide the public health response when it happens,” King said in the release.