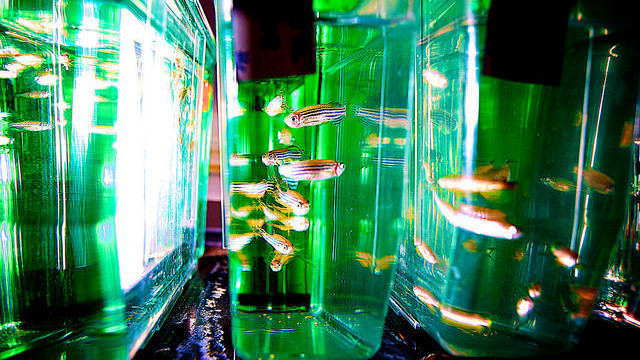 FLICKR, NICHDA laboratory experiment simulating the harvesting that takes place in commercial fisheries—essentially, taking out fish of a certain size—resulted in widespread genetic changes to the population.

During each generation of a zebrafish colony, University of Turku postdoc Silva Uusi-Heikkilä and her colleagues removed the largest 75 percent of the population. After just five generations, the researchers allowed the population to recover, then measured levels of gene expression in the animals. They found significant differences in the activity of thousands of genes.

“Removing the largest individuals from the experimentally exploited populations induced differences in the expression of more than 4,000 genes after five generations of size-selective harvesting,” Uusi-Heikkilä said in an Academy of Finland press release. “We also demonstrate significant allele frequency changes in genes that were differentially expressed,” she and her coauthors added in their report, published last week (May 13) in Molecular Ecology.

The researchers further found that captive breeding can itself induce gene expression changes. Their findings are the latest in a new field of research called eco-evolutionary biology, which is demonstrating that evolutionary change can occur at a pace that interacts with ecological processes. These interactions are of utmost importance to the fisheries industry, as increasing evidence supports the idea that size-selective harvesting can induce evolutionary change in the fished populations over relatively short periods of time.

“The large extent and rapid pace of the gene expression changes caused by both harvest-induced selection and captive breeding emphasizes the need for evolutionary enlightened management towards sustainable fisheries,” Uusi-Heikkilä and her colleagues wrote in their paper.