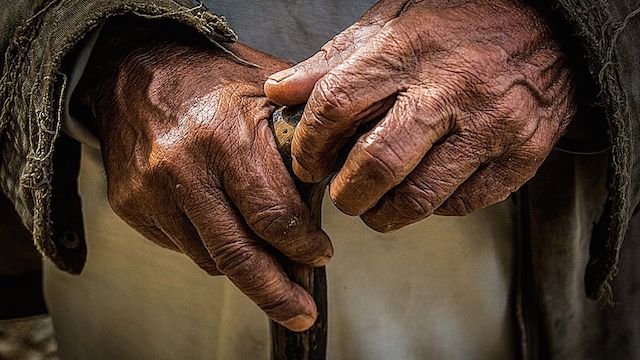 Humans live longer now than ever before, thanks in large part to advances in modern medicine, but scientists debate whether our life spans can continue to increase indefinitely. In a new study of global demographic records, researchers from the Albert Einstein College of Medicine in New York City make the case that human life spans have already started to level off.

The team’s analysis, published this week (October 5) in Nature, shows a steady and continuing increase in worldwide life expectancy over the past century. But while the odds of living to be 70 continue to rise, the odds of living past 100 plateaued in the 1990s. The authors conclude that medical advances have offered diminishing life span gains, and that the biological burdens of old age impose a natural upper limit to human lives.

“There are so many genetic variants that could have a bad...

“What appears to be a ‘natural limit’ is an inadvertent byproduct of fixed genetic programs for early life events, such as development, growth and reproduction,” Vijg and coauthors wrote in their paper. The researchers drew their analysis from the Human Mortality Database, a trove of historical demographic information for 41 countries.

There’s no way to place a hard number on the limit of a human lifespan, but Vijg estimates the average limit is around 115 years old, according to Nature News. “Lifespan is controlled by too many genes,” he told Nature. “You could maybe plug one of those holes, but there are still another 10,000 other holes springing up.”

But others are more optimistic about human longevity. Aubrey de Grey of of the SENS Research Foundation—who proposed the controversial idea that the first person to reach 1,000 years old is alive today—told Nature that “unlike a dam, the pressure on the so-far-unplugged leaks actually diminishes as one plugs more and more of them.” Added de Grey: “the result in this paper is absolutely correct, but it says nothing about the potential of future medicine, only the performance of today’s and yesterday’s medicine.”