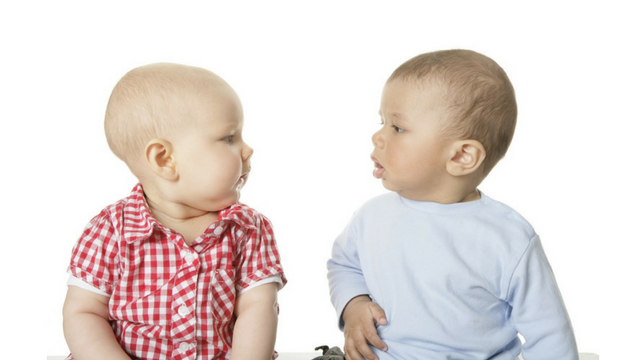 In a collaborative effort, scientists at the University of North Carolina at Chapel Hill and Washington University School of Medicine scanned the brains of 59 sleeping infants using fMRI—a non-invasive imaging technique that picks up on changes in brain function based on fluctuations in blood flow throughout the brain. The babies included in the study had siblings already diagnosed with ASD. According to Spectrum, infants with older ASD siblings have “about a 20-fold increase in autism risk compared with the general population.”

When the kids in the study reached two years of age, the researchers assessed their sociability, language and...

The researchers found that babies’ brain activity patterns indeed correlated with repetitive and social behavior as well as motor and language abilities later in life. Using a machine learning algorithm, the scientists demonstrated that brain activity in early life correctly predicted an ASD diagnosis in nine out of 11 babies, and correctly predicted the lack of ASD in all 48 infants who did not receive a diagnosis.

According to the National Institute of Child Health and Human Development (NICHD), typical ASD symptoms include problems with "communication and interactions with other people" and engaging in "routines or repetitive behaviors."

Doctors are seldom able to diagnose ASD prior to two years of age because “behavioral characteristics of ASD generally unfold during the second year of life, typically showing consolidation of the full behavioral syndrome by about 24 months of age,” the authors write in the report.

“Autism is defined as a collection of behaviors, but infants don’t really have those behaviors,” lead author Robert Emerson of the University of North Carolina at Chapel Hill tells Spectrum. “What we’ve gone to look for is the foundations in the brain that set those behaviors up in the future.”

“Although the findings are early-stage, the study suggests that in the future, neuroimaging may be a useful tool to diagnose autism or help health care providers evaluate a child’s risk of developing the disorder,” says National Institute of Mental Health (NIMH) director Joshua Gordon in a news release.

Gordon is not listed as an author on the report. The authors were funded by NIMH and NICHD.