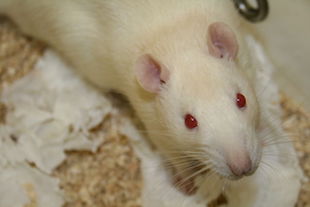 Sprague Dawley ratFLICKR, JEAN-ETIENNE MINH-DUY POIRRIERPartial results from a large-scale, peer-reviewed study conducted by scientists at the US National Toxicology Program (NTP) on the effects of cell phone-frequency radiation on rats and mice were released yesterday (May 26) on the preprint server bioRxiv. The NTP team found a 2.2 percent to 3.3 percent higher incidence of malignant gliomas in the brains and schwannomas in the hearts of male rats exposed to the radiation. But reviewers of the study and other scientists raised a number of important caveats.

“This is a controlled study and seems to have a solid study design,” Jill Barnholtz-Sloan of Case Western Reserve University School of Medicine, who was not involved in the study, wrote in an email to The Scientist. However, “there is not a clear dose response relationship from these data,” Barnholtz-Sloan said. “I also question the statistical power that they...

NTP researchers exposed Sprague Dawley rats to 900 Megahertz GSM or CDMA radiofrequency radiation for nine hours a day throughout their lives, beginning in utero, at doses of 1.5, 3, or 6 Watts per kilogram (W/kg). (The US Federal Communications Commission limit for cellphone exposure in humans is 1.6 W/kg.) Each group contained 90 animals of each sex. Control groups of rodents were not exposed to radiation.

The researchers only observed a statistically significant increased risk of tumors among male rats exposed to the radiation. Not all of the animals developed tumors; some showed only hyperplastic changes, or tissue enlargement, in glial cells.

The control animals didn’t live as long as those that were exposed to the radiation—a result the researchers couldn’t explain. In addition, control animals didn’t develop any tumors, in contrast with controls from previous studies, which had a glioma incidence of 2 percent. “While [the authors’] trend analysis shows a significant change, overall this difference is not statistically significant,” Barnholtz-Sloan wrote. “In addition, the incidence rates in general are very low.”

Radiation exposure had no effect on the percent of dams littering, litter size, or sex distribution of pups. The researchers did observe a small, dose-dependent reduction in body weight among pups that were exposed to radiation in utero, although this difference lessened as the animals aged.

According to the US Food and Drug Administration, “the majority of studies published have failed to show an association between exposure to radiofrequency from a cell phone and health problems.”

The NTP group has yet to release the full results of its study, which include additional experiments on mice.

“At present . . . the NTP report does not provide reason to move from the current scientific consensus that mobile phone-like exposure does not impact health,” Rodney Croft, director of the Australian Centre for Electromagnetic Bioeffects Research at the University of Wollongong, said in a statement.