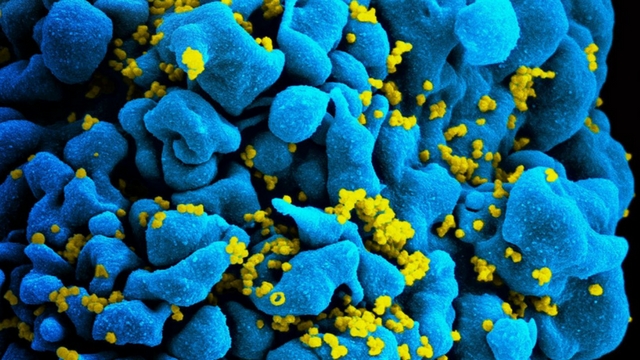 Scientists at the University of Pittsburgh have designed a test that is able to uncover an HIV viral reserve concealed within T cells following antiretroviral treatment, according to a study published yesterday (May 29) in Nature Medicine. The authors say that this assay is faster, more feasible, and cheaper compared with the quantitative viral outgrowth assay, or Q-VOA, which can also detect this dormant viral cache but may not accurately depict its quantity.

According to the authors, this viral reserve, though small, represents a considerable hurdle to establishing a cure. “Globally there are substantial efforts to cure people of HIV by finding ways to eradicate this latent reservoir of virus that stubbornly persists in patients, despite our best therapies,” Phalguni Gupta, senior author on the report, said in a news release. “But those efforts aren’t...

Much of the viral DNA that becomes integrated into patients’ cells is defective—it couldn’t replicate even if antiretroviral therapy stops, according to the press release. To detect latent HIV that has the capacity to spring back to life, researchers used a reporter cell line that expresses a gene that becomes activated in the presence of the replicating virus. The ability to discern replication-competent HIV from defective HIV is key—only the replicating virus can cause an otherwise healthy patient harm. The scientists demonstrated that their cell line was sensitive and specific to the replicating virus.

With this line, they then designed an assay to measure dormant, intact HIV from 15 infected individuals undergoing antiretroviral therapy. They found greater quantities of the virus remaining within treated patients than previously observed—“as much as 70 times what the Q-VOA test was detecting,” said Gupta in the news release. The patients, by other methods, had exhibited undetectable levels of the virus.

“Because these tests have different ways to measure HIV that is capable of replicating, it is likely beneficial to have both available as scientists strive toward a cure,” added Gupta.