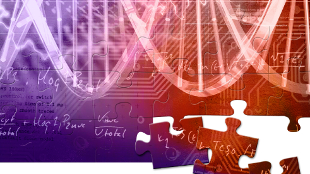 FLICKR, DUNCAN HULLOf nearly 7,000 research participants from more than 75 countries, 98 percent said they’d want to know if their genomes contain sequences indicative of preventable or treatable life-threatening diseases. When it came to life-threatening diseases that were not preventable, fewer than 70 percent of respondents said they would want to be informed. The survey was published today (April 29) in the European Journal of Human Genetics.

“The advent of fast, efficient genetic sequencing has transformed medical research over the past decade and it’s set to revolutionise clinical care in the future,” coauthor Anna Middleton of the Wellcome Trust Sanger Institute said in a press release. “Policy surrounding the use of genetic data in research and clinical settings must be directed by the views and experiences of the public, patients, clinicians, genetic health professions and genomic researchers. This study represents a first step in informing people...

“On many items, genetic health professionals had significantly more conservative views compared with other stakeholders,” the researchers wrote in their paper. “This finding demonstrates a disconnect between the views of those handling the findings of research and those participating in research.”