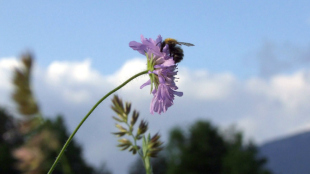 PIXABAY, PUBLICDOMAINPICTURESA redo on the data analysis of a study by the UK’s Food and Environment Research Agency (FERA) that concluded neonicotinoid pesticides do not harm bees has found the opposite. The original study was used to form the UK government’s controversial position on the use of the chemicals.

“I would argue they didn’t correctly interpret their own results,” the University of Sussex’s Dave Goulson, who conducted the reanalysis, told Nature News.

The original field study (which was never peer reviewed) found that bumblebees were unaffected by exposure to certain pesticides. But when Goulson applied a different model predicting the bees’ exposure, he found the number of queens produced and the weight of colonies correlated with exposure.

“Despite the conclusions that were originally drawn by FERA, their data appear to provide the first clear evidence that colonies of free-flying bumblebees exposed to neonicotinoids used as part of normal...

The European Commission has restricted neonicotinoid use based on other studies that identified risks to bees.

FERA told Nature: “Whilst there was an absence of evidence to support the hypothesis that neonicotinoids harm bees, this does not lead to the conclusion that they are benign.”

“What this shows is how data can be used to support different positions,” Trevor Mansfield, head of policy at the Soil Association, told Farmers Weekly. “That’s why we think it is vital that Defra [the UK Department for Environment, Food, and Rural Affairs] commits to publishing the results—in full—of the research it has funded on neonicotinoids and to not making any long-term decisions on their future in the UK until academics and wider society have had a good opportunity to review that data and draw their own conclusions.”