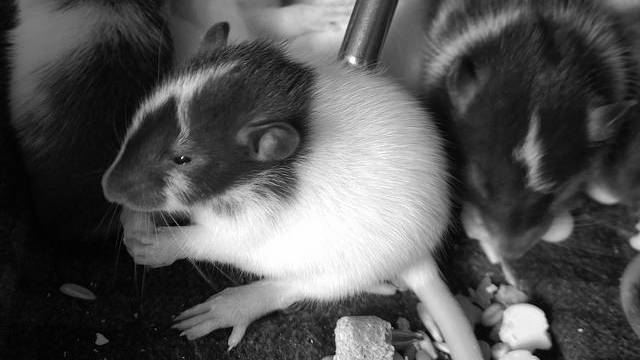 FLICKR, FORSAKEN FOTOSPrevious research has suggested a link between a mother’s weight and her offspring’s risk of obesity. But it might have to do more with mom’s diet than her figure, according to a rat study published this month (December 1) in the American Journal of Physiology. Female animals fed a diet with levels of fat, saturated fat, carbohydrates, and protein comparable to a typical Western diet were more likely to give birth to pups at risk for obesity than females fed a lower-fat, higher-grain control diet, even if the moms did not gain weight or struggle to regulate their blood sugar.

“Your diet itself matters, not just whether you are gaining excess weight or developing gestational diabetes,” said coauthor Eric Zorrilla of the Scripps Research Institute, in a press release. This is a key finding that may have implications for managing human pregnancies, added collaborator Jen...

The increased obesity risk appeared to be lifelong, with offspring more prone to obesity as infants, adolescents, and even adults. The offspring of rats on the Western diet also had altered metabolism, expending less energy while at rest, and elevated levels of insulin, leptin, and adiponectin—a hormone profile that the authors suggest may help detect obesity risk.

The team also found that offspring of obesity-prone rats that were fed the Western diet were less able to reproduce and more likely to have fewer offspring. “This wasn’t the focus of the study,” Zorilla said in the release. “But it supports the idea that a Western diet promotes infertility in mothers vulnerable to diet-induced obesity.”