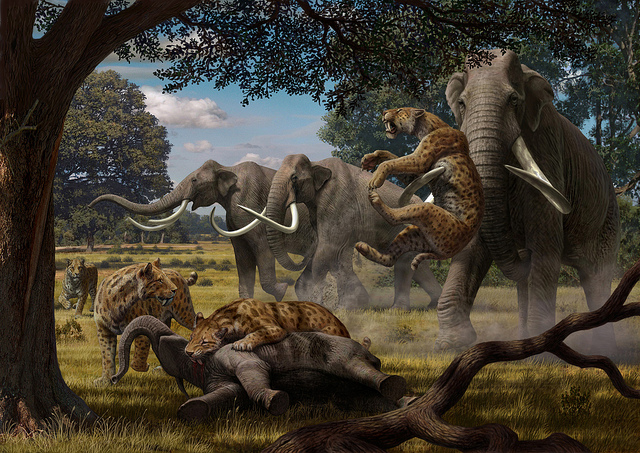 FLICKR, OREGON STATE UNIVERSITY Scientists hope to bring back extinct species, such as the wooly mammoth, by genetically engineering embryos from their closest living relatives. De-extinction efforts, however, could divert much-needed resources away from animals that are endangered, according to a study published yesterday (Feburary 27) in Nature Ecology and Evolution.

"On one hand, we can bring back the dead and right past wrongs," study co-author Joseph Bennett, a conservation biologist at Carleton University in Canada told Popular Science. "On the other hand, there are many species going extinct every year, and our resources to help save them are severely limited."

Bennet and his team estimated the cost of bringing back extinct species in New Zealand and Australia, and compared that to existing calculations of how much it costs to conserve endangered species in those areas. In New Zealand, they found that bringing back 11 extinct...

“If the risk of failure and the costs associated with establishing viable populations could also be calculated, estimates of potential net losses or missed opportunities would probably be considerably higher,” co-author Hugh Possingham, a University of Queensland professor, said in a statement.

“The dominant message in this analysis appears to be that doing de-extinction en masse would be counterproductive,” Douglas McCauley, an ecologist at University of California, Santa Barbara, who was not involved in the study, told Science. “If this is ethically messy, ecologically awkward, and now also really expensive—I’m out.”