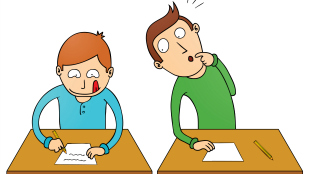 ISTOCK, ZETWEThe frequency of plagiarism among scientists has been tough the pin down; previous estimates have ranged from 0.15 percent of published papers to 11 percent, according to a Daniele Fanelli of the University of Montreal and Vanja Pupovac of the University of Rijeka in Croatia. A recent meta-analysis of plagiarism survey data coauthored by the duo puts the proportion of scientists who have witnessed plagiarism at about 30 percent; 2 percent of all scientists surveyed admitted to having done it themselves.

“Whilst non-self reports are likely to over-estimate the prevalence of misconduct, self-reports on sensitive topics like scientific misconduct are likely to underestimate it, because of social desirability and related effects,” the authors wrote in a Science and Engineering Ethics paper published last week (October 29). “Therefore, the true average proportion of scientists who at least once knowingly took ideas or text from a colleague without giving them...

Fanelli and Pupovac gathered data from 17 surveys involving thousands of scientists; 11 of the surveys included responses from scientists about whether they observed others committing plagiarism, while seven surveys asked scientists whether they themselves had plagiarized. Plagiarism, whether self-reported or committed by others, correlated with other types of research misconduct, namely, making up or manipulating data.

“The correlation between reported rates of plagiarism and fabrication-falsification of data suggests that the overall level of reported scientific misconduct could be, to some extent, characteristic of a particular population of scientists—i.e. of a country or of a particular field,” Fanelli and Pupovac wrote. They added that it’s also possible that the results “reflect the level at which respondents are aware and knowledgeable about scientific misconduct, and are therefore likely to recognize it and report it.”