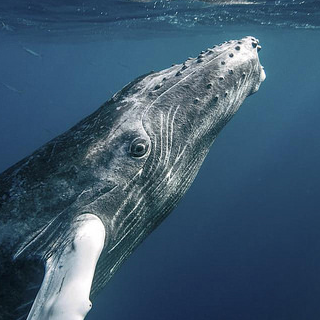 FLICKR, CHRISTOPHER MICHELHumpback whales dive near the ocean floor to forage for their meals. But low frequency sounds from ships can slow their descents, making it potentially more difficult to feed, according to a study published this week (August 9) in Biology Letters.

Whales have likely been enduring sound pollution at the study site—Stellwagen Bank National Marine Sanctuary between Massachusetts’s Cape Cod and Cape Ann—for decades, study coauthor David Wiley of the US National Oceanic and Atmospheric Administration told the Associated Press (AP). Now, the results of his team’s study sounds “another warning that we do need to be very concerned about noise in the oceans because we don’t know the impacts,” he told the AP.

The team of U.K. and U.S. scientists used archival tagging to track the behavior and acoustic environment of 10 humpback whales from 2006 to 2009. In addition to finding that the animals...

“Overall, I was kind of surprised that we were able to detect any response statistically just because these humpback whales are very adaptable,” study coauthor Hannah Blair, a graduate student at Stony Brook University in New York, told the AP. The results suggest the whales can’t fully ignore the ship sounds, the authors wrote in their study.

Whales may be modifying their diving behaviors because they perceive the noise as a threat, New Scientist noted.

“The next step is to determine whether [the change in behavior] impacts their survival or whether they are able to adapt,” Blair told the AP. 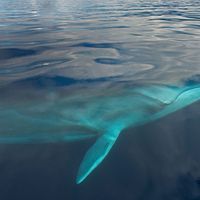