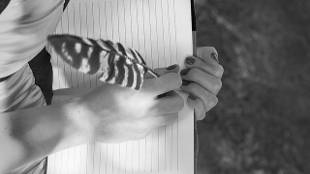 FLICKR, WALT STONEBURNERWith citations still a big part of scientific currency—playing a significant role in hiring and promotion decisions for individual researchers—there is an ever-present curiosity among scientists about what drives these numbers. According to a study published this week (August 26) in Royal Society Open Science, concise headlines may be one factor.

Analyzing the titles of 140,000 highly cited papers published between 2007 and 2013 and culled from Scopus, Adrian Letchford and his colleagues at the University of Warwick in Coventry, U.K., found that journals publishing papers with the shortest titles received more citations per paper.

“My working theory is that perhaps shorter paper titles are easier to read and easier to understand,” thus attracting wider audiences and increasing the likelihood of a citation, Letchford told ScienceInsider.

Of course, this is just a correlative study, and more research is needed to determine if there...

“I will continue to struggle finding appropriate titles for my papers without worrying about whether the title length may affect their citations,” John Ioannidis, an epidemiologist at Stanford University in California, told Nature.