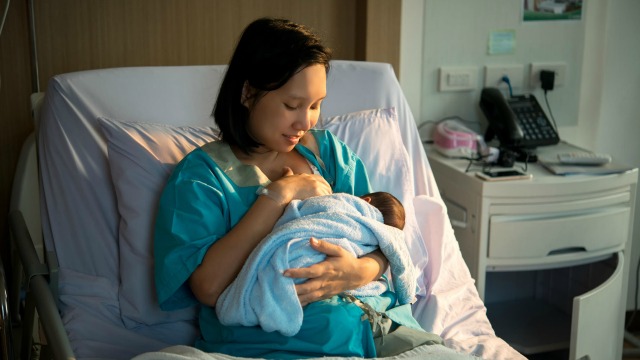 ISTOCKThe infection-fighting antibodies passed from mother to baby through breast milk get a fair amount of press, but it turns out they have a lesser-known partner in the fight against bacteria: sugars. Specialized oligosaccharides in some women’s breast milk can both kill cultured group B strep bacteria directly and disrupt the biofilms they use to protect themselves, researchers at Vanderbilt University reported Sunday (August 20) at the annual meeting of the American Chemical Society, and in a June 1 paper in ACS Infectious Diseases.

“For most of the last century, biochemists have argued that proteins are most important and sugars are an afterthought,” says senior author Steven Townsend in a statement. “Far less is known about the function of sugars and, as a trained glycoprotein chemist, I wanted to explore their role.”

For their pilot study, Townsend and his...

“Our results show that these sugars have a one-two punch,” Townsend says. “First, they sensitize the target bacteria and then they kill them. Biologists sometimes call this ‘synthetic lethality’ and there is a major push to develop new antimicrobial drugs with this capability.”