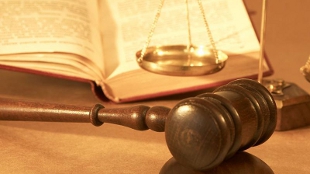 The US Supreme Court heard arguments this week in a patent trial that could change the nature of personalized medicine. The case involves pharmaceutical and diagnostic company Prometheus Laboratories, which filed patents on instructions for monitoring the levels of certain metabolites in the red blood cells of patients with Crohn's disease and other gastrointestinal autoimmune disorders to optimize drug dosing. The case made it to the country’s highest court after Prometheus sued Mayo Collaborative Services in 2004 for trying to market its own version of the test.

"Discovering a natural law is a very expensive process," Justice Stephen Breyer said to attorneys on both sides of the case on Wednesday. "What is your view about how much has to be added to make it (a natural law) into an application of a law of nature?"

Jackie Wright Bonilla, partner with Foley & Lardner LLP who focuses on biotech and pharmaceutical intellectual property litigation and attended the oral argument, said that the open question will receive much needed clarity in the forthcoming justices' opinions, due to be rendered next spring. "Prometheus’ counsel makes a good point in saying that requiring in a [patent] claim that a doctor increase or decrease a dosage based [on] a specific determined range is not useful because that's not how doctors practice medicine," she wrote in an email to The Scientist. "Depending of the specifics of a particular patient, a doctor may choose to go outside stated ranges, especially if numbers are close."