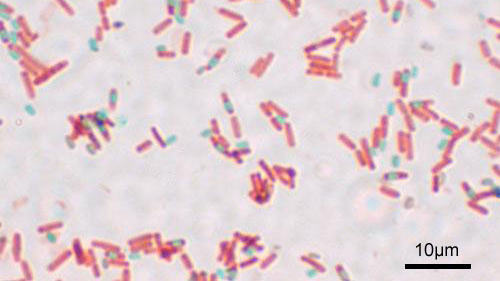 WIKIMEDIA, Y TAMBELife is a daunting prospect on the surface of our nearest planetary neighbor, Mars. Not only is the Red Planet cold, constantly bathed in ultraviolet (UV) radiation, and devoid of oxygen, a toxic chemical pervades Martian soils. Researchers at the University of Edinburgh have now confirmed that conditions on Mars—especially the presence of perchlorates, a form of chlorine—make it almost impossible for microbes to live on the surface of the planet. They published their results today in Scientific Reports.

“We knew before that any life would have an incredibly hard time to survive on the surface, and this study experimentally confirms that,” Dirk Schulze-Makuch, an astrobiologist at Washington State University who was not involved with the study, tells Popular Science.

This may mean that any microbes that existed on Mars when the planet harbored liquid water would have had a pretty tough time surviving, at least at the surface. “We don’t know exactly how far reaching the effect of UV and perchlorate would penetrate the surface layers, as the precise mechanism isn’t understood,” Wadsworth tells MailOnline. “If it’s the case of altered forms of perchlorate (such as chlorite or hypochlorite) diffusing through the environment, that might extend the uninhabitable zone. We may have to dig a little deeper to find a potential habitable environment.”