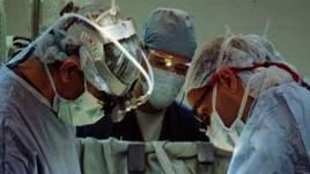 WIKIMEDIA, IJNMIS01The surgeon who claimed to develop functional artificial trachea using plastic fibers and stem cells is being hit with fresh allegations of misconduct, and the patients who received the transplants are not faring well. Thoracic surgeon Paolo Macchiarini of Sweden’s Karolinska Institute has performed a handful of the procedures, including one on a two-year-old girl who subsequently died last year. According to The New York Times, the Karolinska Institute is launching an independent investigation of Macchiarini based on specific complaints filed by doctors who had been involved in the care and treatment of three patients who received the experimental treatment, which is administered under compassionate use rules as it is not approved by federal regulators. “Since the accusations against Dr. Macchiarini are serious and detailed, I considered that they should be thoroughly investigated,” Anders Hamsten, vice chancellor of the institute, told the Times.

The complaints against Macchiarini,...

In 2012, Macchiarini was arrested and charged with fraud and attempted extortion in his native Italy, triggering retractions of some of his published work.

The latest allegations hold that the surgeon failed to obtain consent forms from the three patients he treated in Sweden before operating on them. The complainants also claim that Macchiarini knowingly misled journal editors by not reporting serious problems with one of the patients—who later died—before publication of the paper detailing the procedure.

The Times contacted Macchiarini, who maintained his innocence, saying: “We have never ever manipulated data.” Macchiarini added that he complied with all regulations and laws regarding medical ethics.