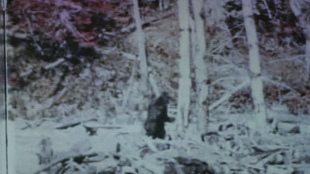 Flickr, Bob DoranWhat has proven harder to spot than a large, hairy, ape-like creature lurking in the woods? Data from a genetics study claiming to have sequenced the elusive Sasquatch. In a press release dated last week (November 24), the Texas-based forensic service DNA Diagnostics, Inc. claims they have “sequenced 20 whole mitochondrial genomes and utilized next generation sequencing to obtain 3 whole nuclear genomes” from hair samples of a Sasquatch, which the company says it has been studying for the past 5 years. The aforementioned data, however, is “currently under peer-review” and under wraps, according to the release.

Despite a dubious dearth of details, the company further claims that Bigfoot is indeed a hairy human hybrid, having mitochondrial DNA—which is inherited from one’s mother—matching Homo sapiens, and both human and non-human nuclear DNA.

“Sasquatch nuclear DNA is incredibly novel and not at all what we had expected,” said...

While scientists search for evidence to support the extraordinary claim, Ketchum advises that federal and local officials immediately establish protections for this newly identified indigenous people—just in case any of them finally decide to surface.

“Genetically, the Sasquatch are a human hybrid with unambiguously modern human maternal ancestry,” Ketchum said. “Government at all levels must recognize them as an indigenous people and immediately protect their human and Constitutional rights against those who would see in their physical and cultural differences a ‘license’ to hunt, trap, or kill them.”