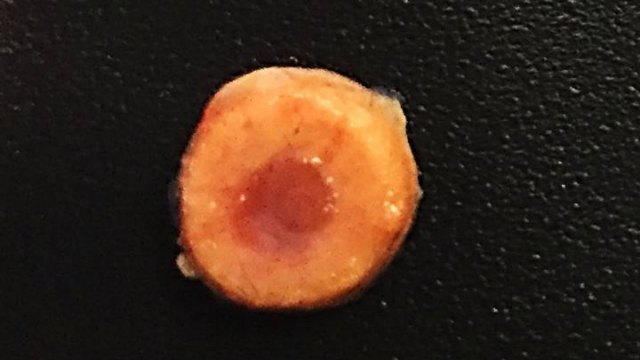 VARGHESE LAB, UC SAN DIEGOPeople with diseases of the blood often need bone marrow transplants to replace their blood-forming stem cells with those from healthy donors. But before those transplants, patients must eliminate their own bone marrow lest it compete with the introduced cells, and that process, which involves high doses of radiation and often drug treatments, too, has notoriously awful side effects, including nausea and fatigue.

Shyni Varghese of University of California, San Diego, and her colleagues have devised a way to skip this step: they have created a synthetic bone that can be filled with donor stem cells and transplanted without eliminating the recipient’s own cells first. As they reported in PNAS yesterday (May 8), the procedure works in mice.

“We’ve made an accessory bone that can separately accommodate donor cells. This way, we can keep the host cells and bypass irradiation,” Varghese said in a press...

The synthetic transplants consisted of two layers of hydrogel matrices: an outer layer containing calcium phosphate minerals and an inner layer, which the researchers filled with stem cells from donor mice. The researchers inserted the artificial bones under the skin of recipient mice, and after a month, the transplants contained both host and donor blood cells. After six months, both cell types were circulating in the bloodstream, according to the release.

“[The transplants] functioned very much like our own tissue,” Varghese told KPBS.

Edward Gordon-Smith, an emeritus professor of hematology at St. George’s University of London, called the study a “splendid achievement” in an interview with New Scientist.

If it were to be translated into human use, the procedure would only work in patients with non-malignant bone marrow diseases, Varghese added in the release. Such diseases include aplastic anemia, low blood-cell counts, and cases where the immune system attacks the bone marrow. In cases of blood cancers, such as leukemia, where cells in the bone marrow may themselves cause problems, it will remain necessary to kill off a patient’s own bone marrow before a transplant.